First U.S. half dollars were minted in 1794. As a first year of issue these are avidly sought by collectors. Many have been lost to time and 1794 is also the first rare half dollar. 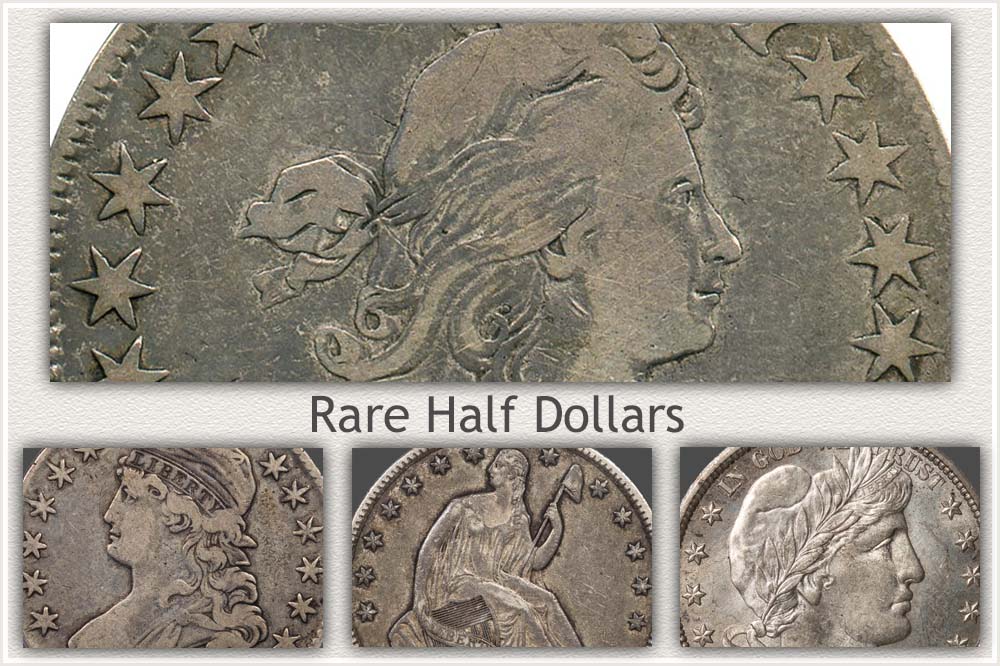 Serving two roles; half dollars both circulated in commerce and secondly were held as reserves in banks. Few of the early era halves; 1794 through 1807, were minted and all are considered scarce. Any dated 1794 through 1807 is a rare find in nice condition.

Production numbers of half dollars expended along with the economy and by 1808 mintages began to average over one million coined per year.

Rare Half Dollars of the Early Years

Rare Half Dollars of the Twentieth Century 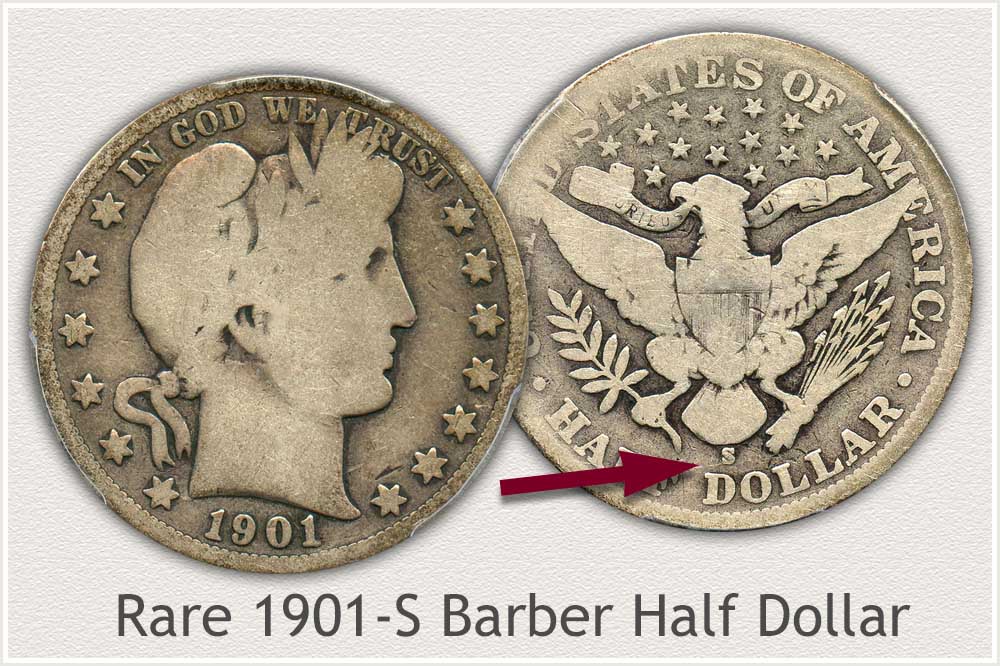 The Barber series of half dollars began the twentieth century with a rare coin from the San Francisco mint. Striking half dollars in the second half of 1901 managed 814,044 pieces. These coins are scarce in lightly-worn condition, heavy wear examples do not carry a large premium. However, the situation is few were saved in mint state condition and are now a key rarity of the series. 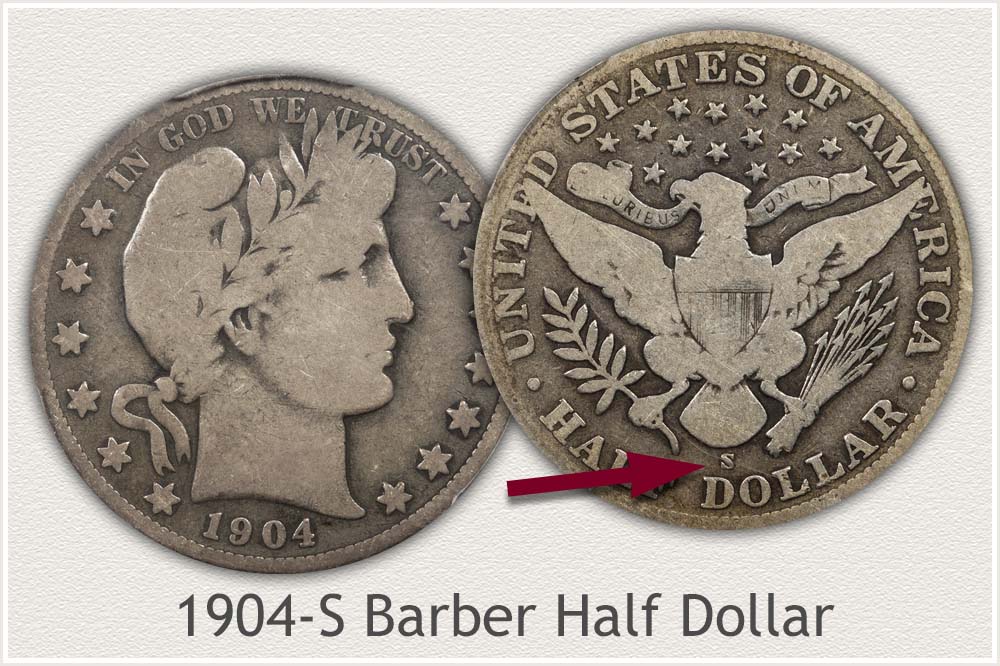 A 1904-S Barber half is scarce in all grades. Just over half a million were struck, most entering circulation. Coins with noticeable wear are considered scarce and worth a modest premium. Finding a well struck example to place in a high-grade collection is difficult. These well-preserved examples are very rare and valued highly. 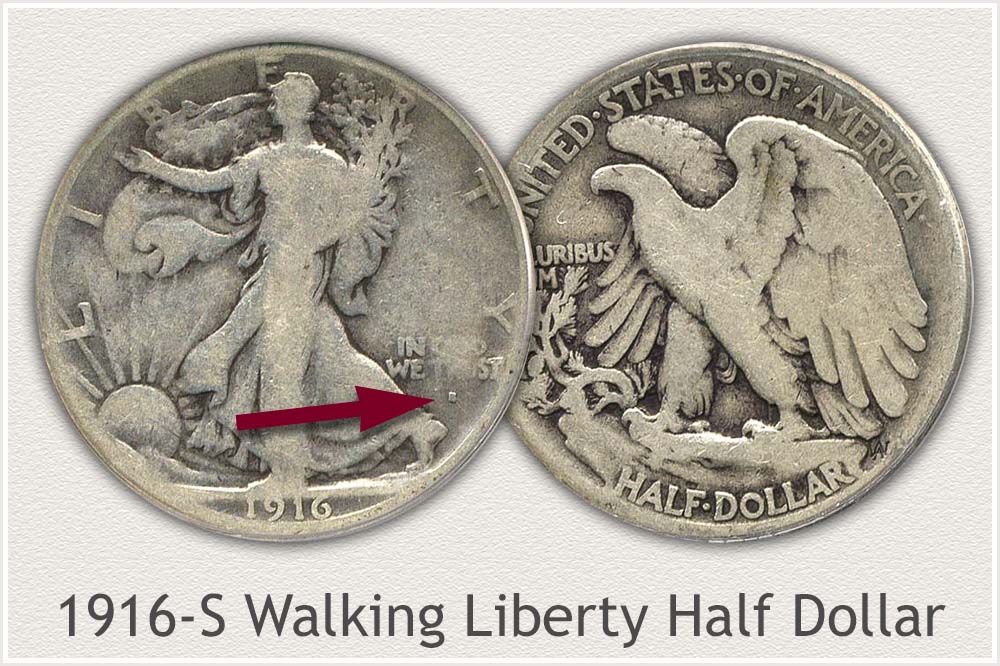 An iconic half dollar series began with the Walking Liberty design in 1916. Philadelphia, Denver, and the San Francisco mints all contributed to the initial 1916 production. San Francisco examples have proven elusive to find today. The setback most collectors face is obtaining a lightly circulated or better example, few in any condition remain. A 1916-S Walking Liberty half dollar in mint state grade is a key twentieth century rare coin.

1921 Varieties of Walking Liberty Half Dollar 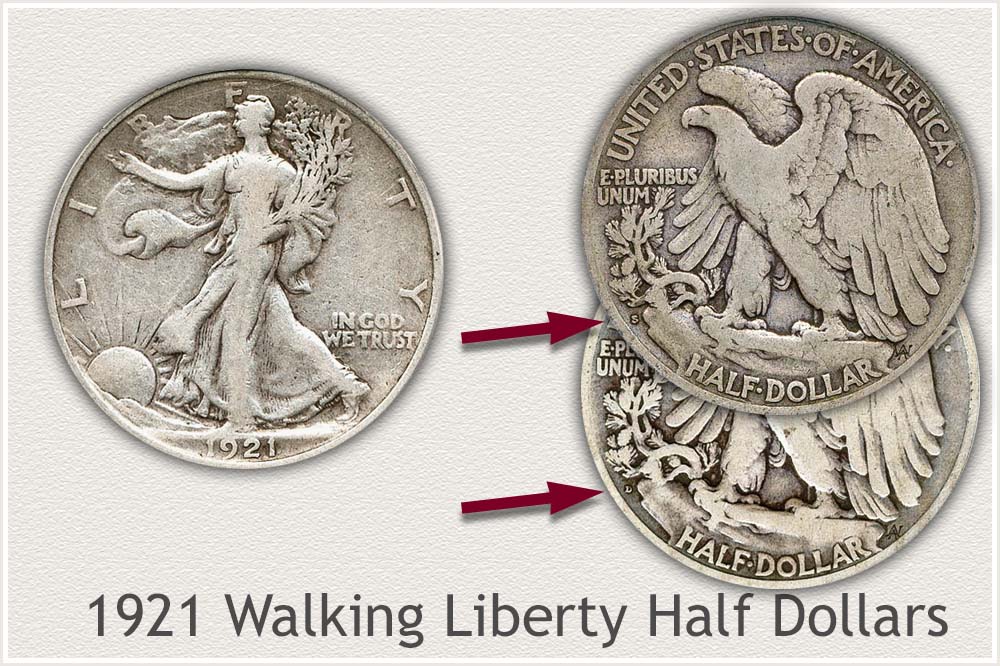 In 1921 the majority of production from the mints was focused on silver dollars. Striking half dollars and minor coinage was at a minimum. Resulting mintages from each mint were well below normal. All half dollars dated 1921 are scarce in any grade. 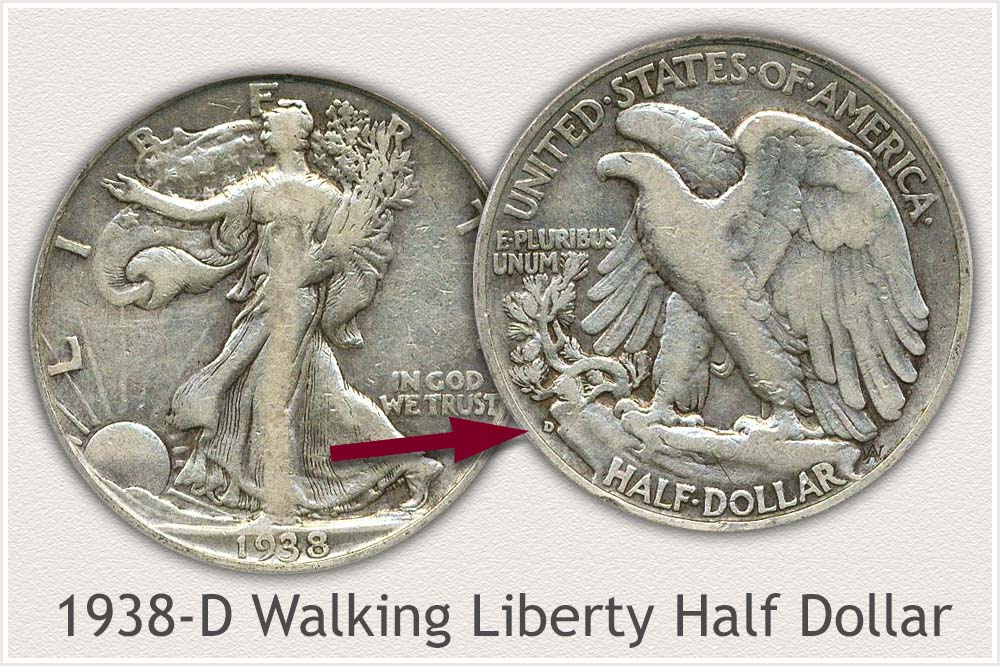 The Denver mint, normally a strong supplier of coinage, struck only 491,600 half dollars in 1938. With fewer than normal struck, the date and mint variety is in demand by collectors. High grade examples are elusive. 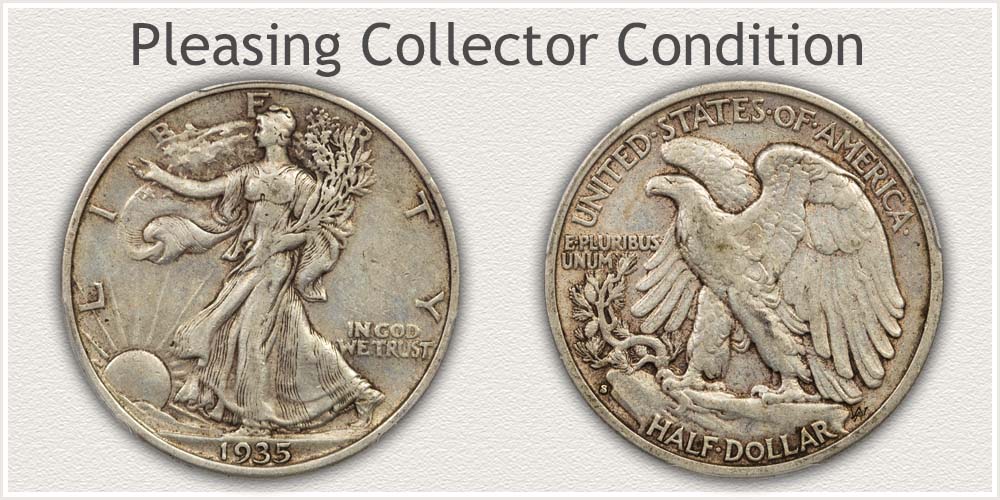 Condition is often the deciding factor separating a premium collector coin from the rest. Walking Liberty half dollars are a popular series. High end condition coins are high value but circulated, affordable examples are favored by many collectors.

Finding acceptable examples of lightly circulated Walking Liberty halves is not often quick and easy. Most stayed in circulation a long time becoming very worn with few details remaining. Compare your half dollar to the condition example to identify a premium condition half dollar. 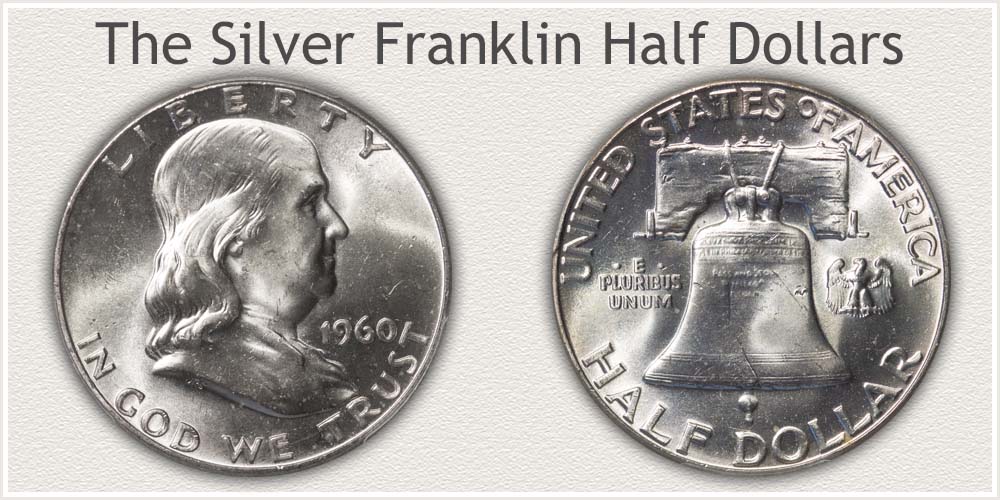 Many half dollars are collectible; many are premium value. Dates and mintmarks narrow the range on value charts. Judging condition contributes to understanding an accurate value. Using a step by step method to identify all factors to value, finds how much your coins are worth.

All old U.S. coin values. It is an excellent index with images and text links to all coin series, from Cents to Gold. Value charts, grading images and a step by step procedure uncovers how much your box of old coins is worth.