Certain rare nickels only become visible under the magnifying glass. Collectors use a close-up view of their coins to judge condition, find mintmarks, and identify rare varieties of nickels. 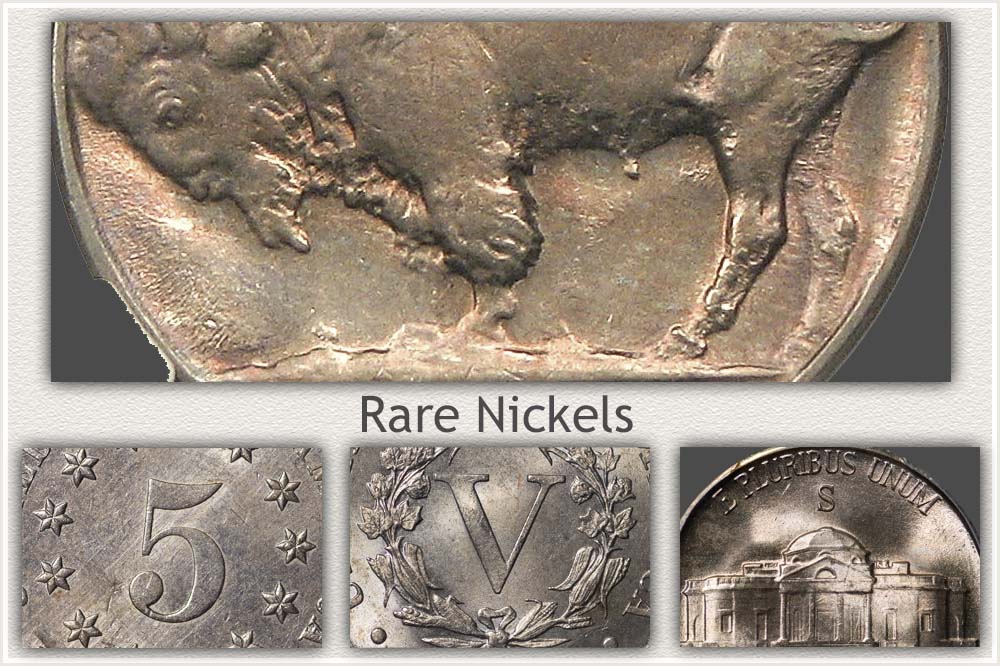 The U.S. five-cent denomination using a nickel alloy began in 1866. Although the new metal composition caused a few problems in the minting process these new coins were well received in commerce. Production numbers varied by year and a few are rare today because of low mintages.

Rare Nickels of the Early Years

A Shield nickel represents a very early nickel. Millions were released into circulation and most remained in use and worn to very low condition. A well detailed Shield nickel is very collectible and sought. These higher-grade examples are considered scarce.

Liberty nickels are relatively plentiful in worn condition. A few are in the rare category both in numbers available and lack of high condition examples.

Rare Nickels of the Twentieth Century 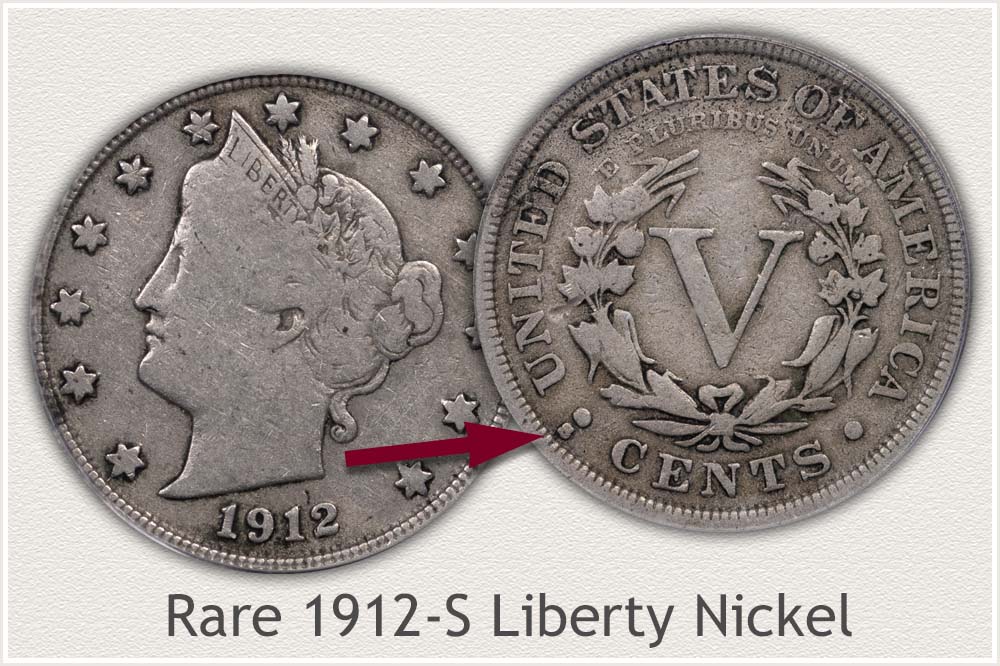 First rare nickel of the twentieth century was from the ending of the Liberty nickel series. San Francisco mint struck a small quantity - 238,000 in 1912. By far the lowest mintage of the entire Liberty nickel series. Most years production was tens of millions of nickels. A number qualities contribute to its demand keeping values strong. 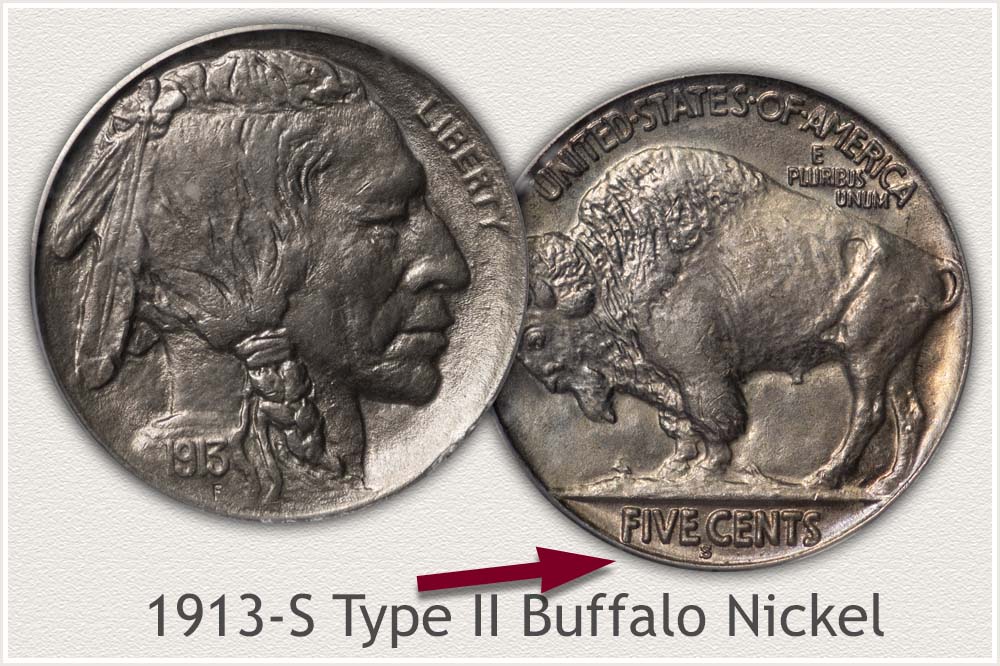 Buffalo nickels became the icon nickel of the twentieth century with collectors. Introduced in 1913; the beginning year saw modifications to the design during the year. A total of six varieties of 1913 nickels were struck. Of these the 1913-S on the "recessed mound" (known as T2) design became the rare variety. Both in numbers produced and numbers saved, the coin is rare in all levels of condition. 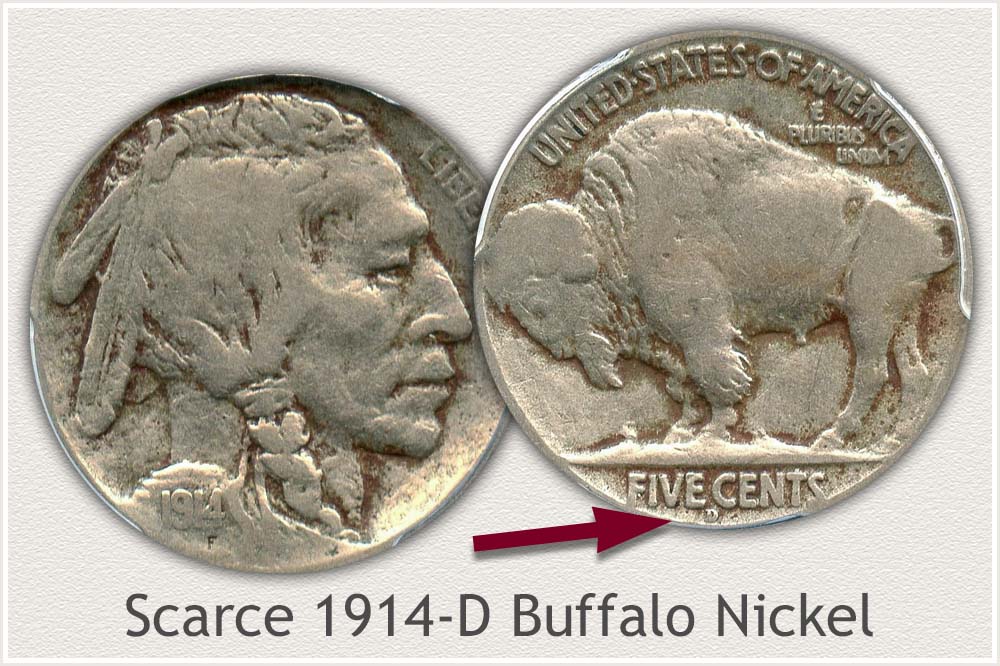 Finding nice examples of a 1914-D Buffalo nickel is noticeable difficult. The Denver issue of the year apparently were not saved in any meaningful numbers. A total of 3,912,000 were struck allowing for plenty to remain. However, it has become one of the key varieties of the series. 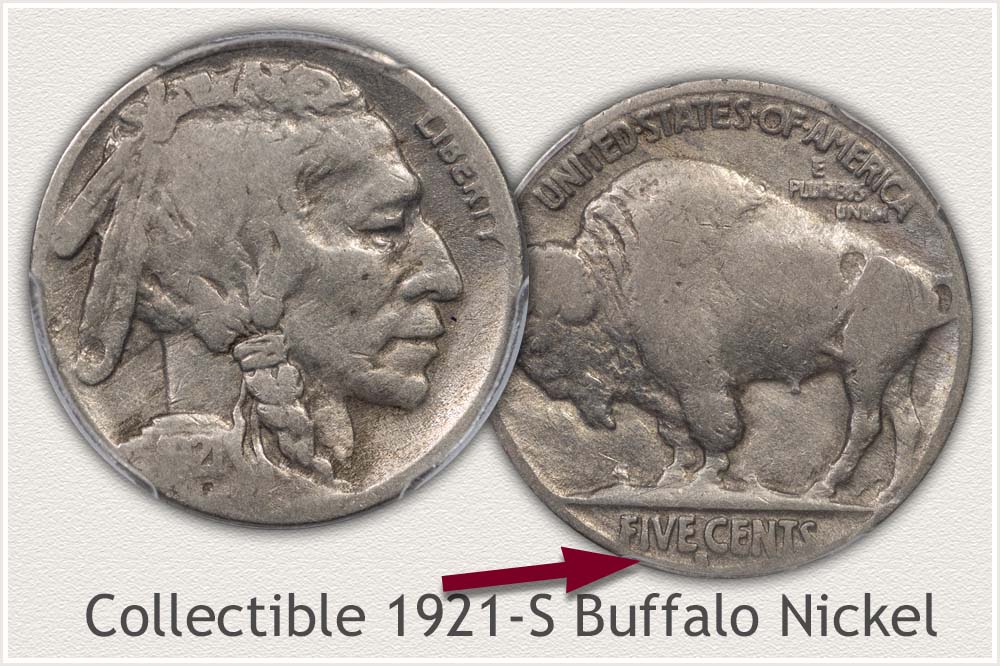 Nickels were a necessity in commerce. The denomination was used extensively in all purchases. Of the 1.5 million 1921-S Buffalo nickels produced most simply wore out because of heavy use. The 1921-S nickel imaged is typical of those remaining. Any in nicer condition are very scarce. A coin with no wear to the surface is a rarity. 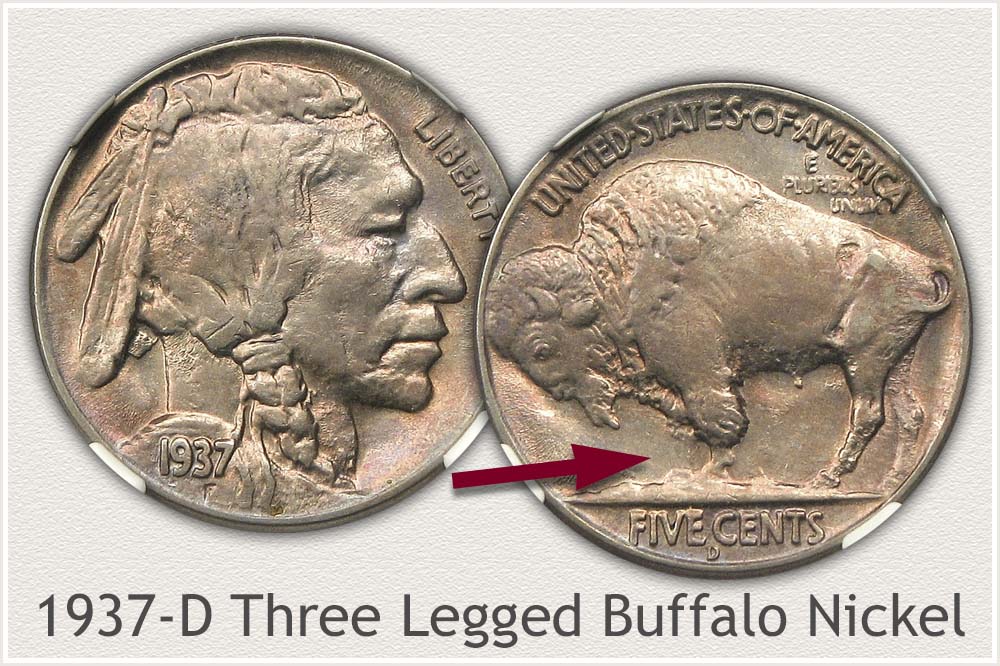 The Denver mint produced 17.8 million nickels in 1937. It represents the highest number of nickels per year for the mint. During regular maintenance of the dies used to strike coins, over polishing, and cleaning reduced the surface of one die to the point of removing part of the Buffalo's front leg. Over polishing dies to the extent of removing large parts of design elements is rare. Look close at the front leg just above the hoof, a part of the leg is distinctly missing. An easily visible and dramatic error on a nickel. Because the error is so visible and rare it has become a popular and valuable part of the Buffalo nickel series.

Identify the Collectible Nickels Worth a Premium

Your box of old coins often contains scarce nickels just because of their condition. Collectors treasure coins in the best condition possible. The better the condition of your coins, the higher the value. Therefore, collectors strive to place the nicest in their collections.

Jefferson nickels, first minted in 1938 are a series with potential of finding premium value. As with Buffalo nickels, collectors stress quality of surfaces and condition of the coin. A close look at the Jefferson nickel shows it is an early year and most of the finer detail is visible. Early year nickels in the 1940's are collected by new and beginning collectors because of affordability. Nice, well detailed coins are sought as part of collections.

Because of a need for nickel during the war effort of the 1940's; US nickels were alloyed with silver.

Many more date and mintmark combinations are worth above a nickel's five cent face value. Each of these subtle details plus judging condition are covered in the difference nickels series.

Have a look through your old nickels. Shield and Liberty "V" nickels are gaining in status with higher values. Even Buffalo nickels without dates are worth 10 cents each, amazing. Compare your coins to the "Grading" images to judge their condition then check their value on the coin value charts.

Do you have other coin denominations other than nickels?